The Jan. 19 City Council had barely started when Councilwoman Diane Toliver said she wanted to read something to the public. I couldn't write fast enough to capture the statement, so later in the week I asked her for the text, which she sent over by email. Here it is:


Council  members,  Administration  and  tax payers of the city,we are always looking for cost effective measures to save the citizen on taxes. I've noticed a lot of our government buildings are old and cannot no longer expand with the many changes of the future, some are well over 100 years old and the cost to maintain them will continue to rise.

I'm asking the governing body and the administration to consider expanding our Municipal and some government building to the Muhlenberg site. A Municipal Complex would be a worthwhile study in conjunction with the one that was previously proposed a you have economic development to draw potential buyers for Muhlenberg hospital. The site would make an excellent Municipal complex for the city of Plainfield.

The city would save million of dollars housing our Municipal court,police department, detectives bureau,parking authority, PLFD Ambulance and numerous other potential departments in the annex building under one roof. The study would provide pros and cons,rent,upkeep,office supplies,utilities, shared services etc. Also, what will be the outcome if nothing is done? Therefore, I'm asking my colleagues and the administration to take a serious look at the potential for this site.

Council President Cory Storch then asked whether the administration was prepared to give an update on the Muhlenberg property at the February meeting. City Administrator Rick Smiley said there would be conversation in February on the topic.

In council comments at the end of the meeting, Councilwoman Bridget Rivers said she hoped the administration would look into Councilwoman Toliver's suggestion. 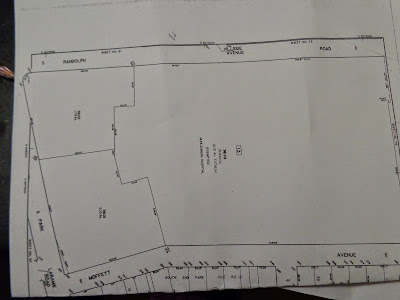 Readers may recall that the Muhlenberg campus was subdivided into three lots and relocation of the Satellite Emergency Department from the former hospital building to Kenyon House at the corner of Park Avenue and Randolph Road, only the vacant hospital remained on the largest lot. It was the site once proposed for a 600-unit residential building that was vehemently opposed by a large number of Plainfield residents.

The apartment proposal was based on astudy by a real estate expert Jeffrey Otteau, who said he found it to be the best use for the site. The city later hired a firm to make a separate Muhlenberg study, which concluded that medical uses would be best for the site.

In September, another study found the hospital site to be "in need of  redevelopment" and recommended a "non-condemnation" approach, which took the previously-considered use of eminent domain off the table. Attorney Steven J. Tripp said Muhlenberg favored non-condemnation. The next step is for the council to ask the Planning Board to make a redevelopment plan.

Toliver's statement is somewhat a bolt out of the blue. It stands in contrast to many residents' desire to see a medical use for the site. There would probably have to be a feasibility study of what it would cost to consolidate city operations on one site, and what would become of the emptied city buildings. If there is any interest in the concept, working out the details might span several years. Currently, the capital budget is limited and there are many future demands on it.

The promised conversation about the Muhlenberg site could come up at either the agenda-fixing session (Feb. 1) or the regular meeting (Feb.8). Both will be held in Municipal Court, 325 Watchung Ave.