Mapp vs. Muhammad: The Re-match

As he promised, Mustapha Muhammad filed as an independent for mayor Tuesday, meaning he will be challenging Mayor Adrian O. Mapp on Nov. 7. 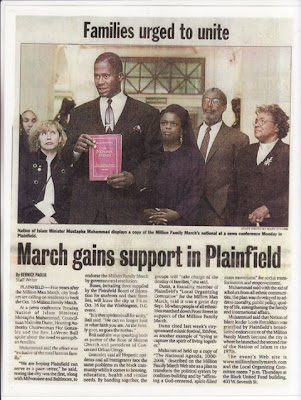 Mustapha Muhammad and his wife with city leaders in support of the Nation of Islam's Million Family March in 2000
In 2013, Muhammad was one of three opponents to then-Councilman Mapp, the others being Republican Sandy Spector and independent D. Scott Belin. Mapp won with 5,234 votes and Muhammad came in second with 1,061, followed by Spector with 765 and Belin with 392.

Leading up to the primary, Muhammad kept up a barrage of posts on Facebook, most recently urging voters to vote for Brown for mayor. Today on Facebook he announced his own official candidacy.